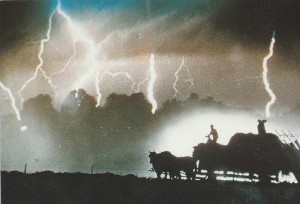 The longer you freelance in this business, if you make the effort to keep getting training, you can count on five things to happen.
1. Your performance will get better and better.
2. What was once difficult will be easy.
3. Your confidence will get more and more solid.
4. You will enjoy the work every time.
5. You will also face a client’s complaint about your work that will take you right back to how nervous you felt when you were just starting out.

So when faced with a complaint about your work, when do you stand up for yourself and when do you just move on? The answer is when you know, without question, which of the following is true:
1. You did not make any mistakes or
2. The client is right and you made an error in your performance.

The only way to know is if you are distinctly aware of your performance by practicing constant and honest self-assessment.   Interpreters need to listen to what they themselves are saying and rely on the instant recall of the last interchange. Most professional interpreters have retention of the prior several seconds. All interpreters should truthfully acknowledge a check list of their own weaknesses, which most clients object to, including heavy accents, pronunciation and grammar mistakes and being late. Translators need to practice good time management and make mental notes of their word choices and the options they can choose from. We also need to invest in a good proofreader since fresh eyes can make or break your reputation. We also have to know the regulations and expectations of competitive professional interpreting or translation. That is the only way we can know if we made a mistake and were to blame or not.

I’ve learned that most interpreters and translators usually know when there was a grey area in their work product. We also know when our performance is at risk because of the environment or setting we are working in. An example would be when the interpreter faced with screaming attorneys and witnesses all talking over each other. The freelance translator can be uneasy when given a barely legible copy or a deadline that is moved up from the original one. But we do have the right to tell the client of the risk to our performance and ask that it be remedied. And we, as freelancers have the right to turn down any job.

But there is still the probability that the client is wrong in their accusation. My profession has an inexcusably low percentage of end user knowledge of the fundamentals skills required to be an interpreter and /or translator as well as our process and regulations. The biggest culprit is the client who feels they are more fluent than a licensed trained and qualified translator or interpreter.

Honest self-assessment can lead to fewer mistakes in your control. It happens to all of us. Every now and then a mistake slips into our normally impeccable work product. I have three more posts about this. One tells what happens when the client discovers a mistake, how to resolve it when you did make a mistake and how to handle the client wrongly claiming you made a mistake when you didn’t.