You need to act immediately to salvage your client relationship and your good name. I have made mistakes. And when I ran a T&I agency, I received complaints about subcontractors. In both cases, here is what I learned  about resolving issues fairly.

Start by knowing the impact to your client.  A mistranslation in an evidentiary document may make that evidence inadmissible.  Delaying a deposition by arriving late costs both sides money and time. Interpretation errors change testimony and can alter the outcome of the case.

Be the first one to tell your agency scheduler or your direct client, if you think you have made a mistake. Be honest about the mistake. Avoid downplaying it or shifting the blame to anyone else. Offer to help resolve it. There is a possibility they will dismiss it as insignificant.

Neutralize your mistakes before they affect anyone else.

Translation errors.  Don’t just offer, go ahead and send the corrected document with a notice of revision along with your apology for the mistake. Do not charge for the correction. 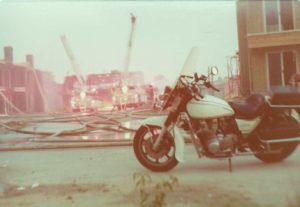 Interpretation errors. These are corrected at the time they are made. In a deposition the interpreter should correct their English target language errors on the record, speaking in the third person. “The interpreter respectfully requests to change the interpretation from X to Y.” If asked for the source term, say it and spell it. I’ve never had an objection to this request; lawyers are more understanding of the honest approach to mistakes.

Mistakes in Business Conduct. The most common are being late and invoicing errors. These are quickly forgiven and forgotten if you admit and apologize. If you cost the client time or money- discount your fee. Call if you think you are going to be late, and apologize if you are late. Tell the agency you arrived late before you invoice them.

If you think you can get away with a lie; you won’t. I’ve heard some doozies.  A client called from a deposition saying the interpreter I had subcontracted hadn’t shown up. I confirmed the time and location with the client. I took a break from my job to call her but had to leave a message. The client called that she finally arrived (45 minutes late) and that she told them she had the wrong address. I discounted my fee to the client, apologized and he still hires me. Without returned my calls the interpreter invoiced me her full rate.  When I finally reached her, she claimed a train crossing the freeway made her late. I checked her route and saw trains don’t cross that freeway. She was busted lying to both of us. I never hired her again, refused to recommend her and I heard similar reports abut her from other attorneys. Her lying is an indelible stain.

Act quickly, honestly and be humble about your error. Even with high standards, we all make mistakes in this field. Then move forward to an even more successful career.