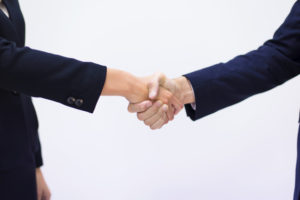 Not everyone will apologize, even when facing imprisonment, the destruction of their career, or an established corporation. Many times I’ve seen representatives of Fortune 100 businesses apologize for their role in events to the level of the death of a loved one. And the accepted apologies diffused potential devastation. An apology takes preparation, for both the Giver and Receiver.

The tasks for the Receiver are outlined in a separate blog post.

In my line of work, the biggest obstacle of the apologies I see is that the apologizer is prohibited from admitting guilt. I am a forensic foreign language linguist for the judicial and law enforcement fields. My clients, some of the best lawyers, detectives and mediators clear that hurdle with this same process which also works for apologies in your personal life.

Tasks of the Giver

Start with finding out what you don’t know. What do they feel you did wrong?

·        Approach the wrong as qualitative, not quantitative.

·        Spend the time needed to get comfortable hearing about the Receiver’s circumstances that led to their sensitivity.

·        Take special steps to assure both the credibility of the wording and body language if a public/media statement will be made.

The giver of the apology who is in a position of power, lives a sheltered existence and/or has a large ego will need to work out the apology in a setting with only a few people who are not subordinates.  Such a person may have no experience being wronged in such a way, so it will have to be introduced and explained in a non- judgmental way.

Others can realize what was done “wrong” from the POV of the Receiver with a simple explanation.

Then discuss and explore facts that support or negate the possibility of an exaggerated baseless claim. The giver should air those out and resolve concerns so they don’t seep into the apology. If an apology is warranted you can apologize for what is based on facts.

The Giver of the apology should be able to reiterate the POV of the Receiver comfortably in their own words.

·        Outline how the actions aided or contributed or caused the impact suffered by the Receiver.

·        Demonstrate these by describing the incident scenario without said actions and note the different and more desirable result.

·        Practice eliminating justification for your actions and replacing it with optional behaviors or processes.

·        Practice eliminating expressing self-defense and replace it with the responsiveness of the apology.

Display proper body language that are naturally indicative of sincerity.

The timeline of a credible apology.

·        Start with relating the incident, factually without adverbs or adjectives. This shows that there is a mutual familiarity of the event.

·        Finally express the change being made to bar such an incident ever happening again.

·        Express appreciation that they gave you the time to apologize.

The Giver will have to regret their actions and the impact of those actions. When damage is more than emotional, do not simply express regret for how the Receiver feels.  That is not an apology it is a rude deviation and it eliminates any perception of regret.