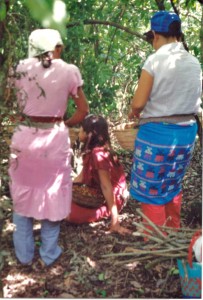 In the state required court interpreter orientation courses that I teach, rarely have my students seen the inside of a courtroom; much less do they know how to interpret according to regulations.  I interpret on a daily basis and I continue to study the craft in order to keep my skills at the highest level possible.  But it is also important to me to make what I teach is valuable to the students.  As an instructor, it is good to be reminded of what you didn’t know how to do when you first started.  And I really enjoy hearing those questions that you yourself asked a long time ago.  Interpreting experiences serve as great examples to use when explaining the answer especially when there is no set standard.

Several years ago I took a class on interpreting idiomatic expressions for Spanish and English given by some veteran interpreters.  They defined expressions in English and then offered an equivalent idiomatic expression in Spanish as acceptable translations.  Very quickly Spanish speakers from Central America disputed the expressions presented which were spoken in a South American country.  The class dissolved into a volley of numerous variations declared emphatically with national fanfare between those trainers and the students.  I left knowing none of those translations would hold up in court and wishing I could get that hour back.

Legal interpreters have an obligation to maintain the exact statement rendered.  Attorneys and judges are speaking according to their own regulations and their task to represent their client.  Witnesses have the right to be heard in their own words.  Nobody else has the right to change those words.

There are three points of criteria that I apply to idiomatic expressions.  Each one of these has to be filtered through being held to our oath.

1.    Can you be absolutely certain that you know the meaning of the expression?  Probably not.  Idiomatic expressions are based on subjective experiences and therefore are subjective.  Anyone who consumes alcohol can say that there was a time when they felt like they were “three sheets to the wind” but the fact is they all would not have each been equally inebriated.  So this example is particularly quantitative and you run the risk of altering the measurement intended by the speaker.

Meanwhile, please note that this is an issue for judicial interpreters and translators.