Court interpreters should prepare carefully for the pro se witness. A Pro Se witness is a litigant who chooses to go to trial without an attorney or legal representation. “Pro se” is a Latin term, meaning “on one’s own behalf” and a “litigant” is someone who is either suing someone or is being sued in court. 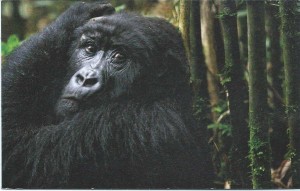 The right to appear pro se in a civil case in federal court is contained in a statute, 28 U.S.C. § 1654. Thus, anyone can appear pro se, and anyone who appears before the Court without an attorney is considered pro se. Interpreters can find out if either party is pro se by looking at the case style or reviewing the court docket online. There won’t be a pro se party in the following cases:
A. When the litigant is a corporations or a partnership.
B. A pro se litigant may not represent a class in a class action.
C. A non-attorney parent may not appear pro se on behalf of a child, except to appeal the denial of the child’s social security benefits.

This post covers both scenarios, the pro se witness needing an interpreter, or if the witness for the opposing counsel needs a full trial interpretation. The interpreter should be prepared for many objections and rulings and interruptions to ongoing testimony. Tempers can flare and there will be a lot of people talking over each other. This interpreting setting is not a smooth question and answer process.

Pro se witnesses often don’t know the correct procedure for testifying in a courtroom or the trial procedures litigants have to follow. I also notice that most pro se witnesses are so focused on having their say that when they are told they have to follow certain steps, they get irritated. There can be disruptions with such normally quick and effortless procedures such as pre-trial motions and agreements and document filings. Just getting to the point when they are put under oath will take longer than you are used to.

The interpreter must be ready for objections and instructions by the judge during pro se testimony. Such litigants usually aren’t familiar with testimony limitations, such as hear say, mentioning insurance and references to evidence not admitted. Another pattern I see is the tendency to testify in the narrative. This is when they tell a story instead of following the standard question-answer format which allows opposing counsel to object to a question before it was answered.

The best advice for interpreters with a pro se litigant is to pack your patience. Be prepared by knowing the potential objections and the definitions which the judge will use to explain them. You will use note taking a lot to cover the talk overs, interruptions, long, rambling responses and compound questions. I recommend that you brief the pro se on the correct process of speaking through an interpreter. But hold fast to the limitation of your scope of work and do not ever provide advice on how to proceed or define terminology.

In my classes I always suggest observing a case with a pro se litigant before you interpret such a case. Justice of the Peace courts often have pro se litigants. Get permission to observe from the bailiff first and then sit back and be prepared to be amazed.