A lot of us claim to be translators or interpreters but not both. For many years I too, only claimed to be a court interpreter and I would only accept in person assignments for legal or law enforcement proceedings. Then I discovered the treasures that translating legal documentation provided. 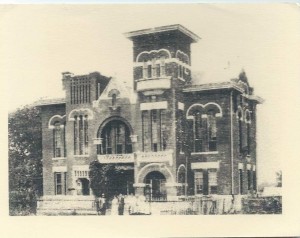 The fact is the terminology that stumps us the most is legalese. Not the rantings of an emotional witness but terms like: “The Plaintiff prays” and “Requests for Admissions “and “General Denial”. The most abundant source of this is the continuous stream of legal documents produced in the discovery phase of the civil lawsuit. Most of my colleagues consider the pre deposition, pretrial phase as a lawyer’s only domain so they don’t even investigate what happens before we step in, when the parties face each other. I believe the best preparation is knowing as much as possible about what happened before I step in and what is expected to happen afterwards. So I studied these phases from the attorney’s point of view and I discovered all the words that had ever stymied me. Since then I have never been even delayed in providing an accurate translation of those terms.
I incorporated these assets into a continuing education course I developed on civil discovery for licensed court interpreters and translators in Texas. From the start to when the class finished, comments like “That’s what that means”, or “That’s what they are talking about” echoed around the room.
Whether in court or a deposition, we can be handed such documents, as exhibits, and asked to sight translate them. So, studying samples first is key to seamless sight translation. In depositions, questions may contain phrasings taken directly from these standard forms but the interpreter may not be handed a document to refer to. Recognizing the document title, the interpreter can then know the terms associated with that document and their meanings and usage. Documents such as Plaintiff’s Original Petition, Original Set of Interrogatories and Verification of Employment can show the foundation for the questions and objections we hear and must be familiar with.
Then I made another amazing discovery of my own. I volunteer at the Harris County District Clerk’s Historical Documents room at the civil courthouse. This room houses court records dating back to the 1700s; through the period Texas was a part of Mexico, then a Republic and then after joining the United States as the 28th state of the Union. I index and transcribe evidence and court transcripts, the earliest written in quill pen. Some, originally written in Spanish, were translated over 180 years ago. Our court system has followed the same processes with the same legalese for centuries. I found Plaintiff’s Original Petitions, Charges to the Jury and Summons as old as the Republic of Texas. They contain the exact same phrasings of those used today.
So, try translating legal procedural documents. Study and practice with them. Your interpreting skills will grow and your performance will shine.